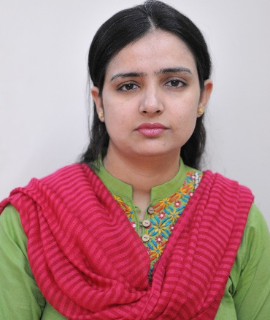 Title : Footprints of SARS-CoV-2 genomic diversity in Pakistan during two years of Pandemic

The rapid spread of SARS-CoV-2 since the start of pandemic has posed a major effect on public health system worldwide. After almost one year of pandemic new variants of SARS-CoV-2 has emerged with larger number of mutations in the genome. These variants lead to the emergence of new pandemic waves in the country. Like all other parts of the world, Pakistan has also experienced five waves of case resurgence within two year of pandemic. In the present study, the genomic diversity of SARS-CoV-2 has been explained during different waves of pandemic in the country. The distribution of lineages have shown that during first wave of pandemic (April-June, 2020) about 58% of isolates were classified as B.1. Other than B.1 other circulating lineages were B.1.1.1, B.1.36 and A. During the second wave (October 2020-January, 2021). Different lineages (B1.36.31, B1.471, and B1.562) were observed with a large number of isolates belonging to B.1.36.31. The first case of B.1.1.7 (Alpha) was detected in January, 2021. The detection of Alpha variant in the country lead to the emergence of third wave of pandemic (February-June, 2021) that peaked in March, 2021. During the third wave the first cases of B.1.351 (Beta) and B.1.617.2 (Delta) were also detected in March and April, 2021, respectively. The major circulating variants during third wave of pandemic were alpha, beta, and delta. The presence of delta variant and its sub-lineages lead to the emergence of fourth wave of pandemic (August-October, 2021). During November and December, 2021 the decline in number of cases were observed but the detection of Omicron variant on December 13, 2021 lead to the emergence of fifth wave of pandemic (January-March, 2022) in Pakistan. The omicron has replaced the delta variant during the fifth wave of pandemic. Currently, the fifth wave of pandemic has been ended in Pakistan with <0.5% positivity rate. However, the past trends on SARS-CoV-2 variants emergence advocate for stringent genomic surveillance. Since the XE variant of SARS-CoV-2 has been reported in few countries which holds a sizable population of Pakistani expatriates, they can be source of new variant importation as had been the case in the past. This further warrants genomic surveillance particularly on border control points. These initiatives can ensure timely check on emerging COVID-19 numbers.

What will audience learn from your presentation?

•    The current study explains the genomic diversity of SARS-CoV-2 during 2 years of pandemic. This is the first comprehsive study explaining the diversity of SARS-CoV-2 in Pakistan. So it will give an overview about COVID-19 condition in Pakistan.
•    The audience can also perform the similar analysis on the sequences generated by their own country. This will help researcher to design specific drugs or vaccines targeting the circulating strains in the population.

Dr. Rehman is a Bachelors in Bioinformatics and later done her MPhil in Virology & Immunology from National University of Sciences & Technology (NUST) Islamabad, Pakistan. Her major work during the period was on Hepatitis and Influenza viruses. She then completed her PhD studies in Applied Biosciences in 2019 from NUST where her primary work was chemotherapy resistance biomarkers and lead identification for chemotherapy resistance inhibition. She later joined National Institute of Health (NIH), Pakistan in 2020 where she has been the one of the focal person for Bioinformatics analysis reporting on viral sequencing for SARS CoV2 till date.