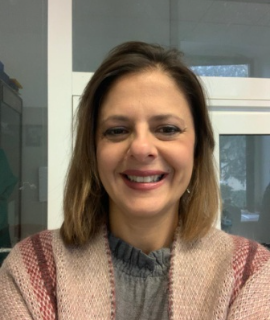 Title : Detection and genetic characterization of emerging viruses in symptomatic children with enteritis

Abstract: Infective gastroenteritis (GA) represent a world public health relevant problem. Enteric viruses are the pathogens mainly involved in the episodes of GE, causing about 70% of the cases. In Italy most of the GA are not notified because of a mild symptomatology which does not require medical support. In the present study we investigated the presence of 10 different viruses in the faeces of children hospitalized with GE in the Campania Region (Southern Italy). The same viruses were also investigated in samples of marine water and shellfish from the coastal area surrounding the Region with the aim to trace a picture of their circulation in the environment. Results showed that 58.6% of the feces were positive to at least one virus, and the most frequently identified was adenovirus (AdV). Some samples showed the co-presence of more than one pathogen, with norovirus (NoV) GII and AdV almost always found together. Environmental samples showed an intense circulation of the enteric viruses, with the presence of all the investigated ones. Mussels were 38.23% positive to at least one virus. Results revealed the predominant presence of NoV. Looking at seawaters, 29% were positive to minimum one virus with RV the prevalent one.  RV showed a definitely low prevalence in the faeces even if it was the main circulating virus in the environment. Considering that it is the most common cause of GE in children < 5 years in the world, we could conclude that its lower involvement in GE could be attributed to implementation of the vaccination plan in our Region.

What will audience learn from your presentation?

Infective gastroenteritis (GA) represent a world public health relevant problem. Most of the GA are not notified because of a mild symptomatology. Only in cases of hospitalization (prevalently children) the cause of the disease is further investigated. However the viruses usually searched are the pathogens more commonly associated to GE (rotavirus, norovirus, and adenovirus) and very often (in 1/3 of the cases) the patient is discharged without knowing the infective agent. The diagnostic gap lead us to hypothesize that there are other viruses involved, as demonstrated by recent surveillance studies which show interesting prevalences of emerging viruses.

Dr. Maria Grazia Amoroso studied Food Technology at the University of Naples Federico II and graduated in 2000. She then joined, as a PhD student, the research group of Immunology and Molecular Biology at the same University.

During her PhD she won a Marie Curie Fellowship at the University of Utrecht (The Netherlands), Faculty of Veterinary Medicine for 9 months.

She received her PhD degree in 2004. After 3 year of postdoctoral fellowship,  she worked for 7 years as researcher at the Zooprofilactic and Experimental Institute of Southern Italy (IZSM), Department of Animal Health,  in the Laboratory of Virology.

In 2013 she graduated in Biology at the University of Naples Federico II.

She has published around 40 research articles in peer reviewed  journals.